Embedded ADC in Sensors and Mixed Signal devices will require various evaluation other than DC linearity and AC characteristics.
For evaluating the accuracy and error of ADC, the effective method are not only INL/DNL measurements and AC characteristics but also confirming the ADC conversion code at arbitrary voltage.
You can acquire ADC conversion results at any voltages and judge the results easily by using AWG(Arbitrary Waveform Generator) and DMEM(Digital capture MEMory) in CloudTesting™ Service.

This document explains how to acquire ADC output digital code when the arbitrary voltage is given using CloudTesting™ Service.

As an example, this document explains how to acquire following ADC conversion results.

AWG Condition tab will be shown when Arbitrary Waveform Applying Plugin is valid. 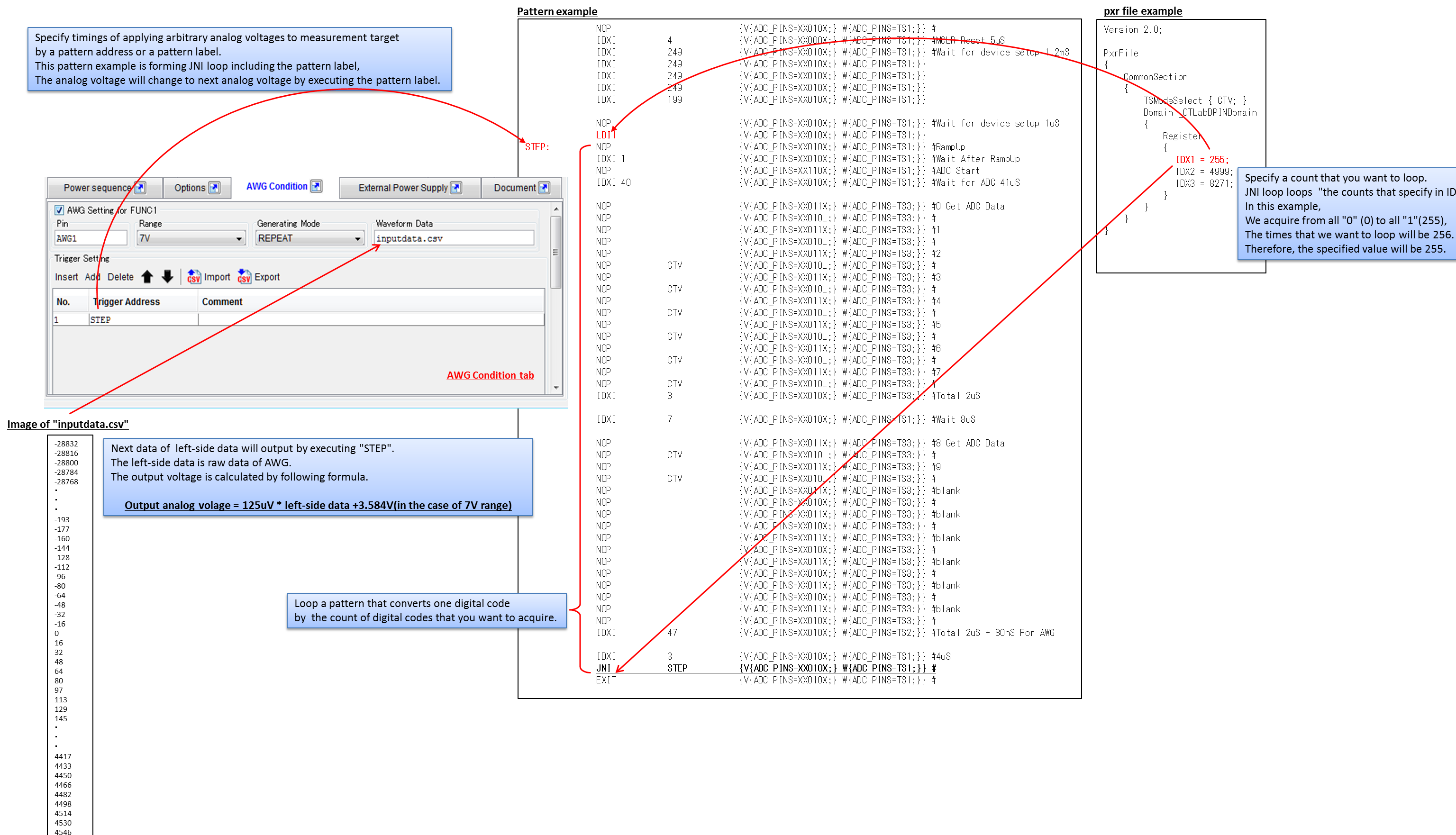 Set lines, pins and so on to be captured in Capture Condition tab.

In this example, the serial-parallel conversion will be performed after capturing the digital codes because the ADC digital output format is serial. 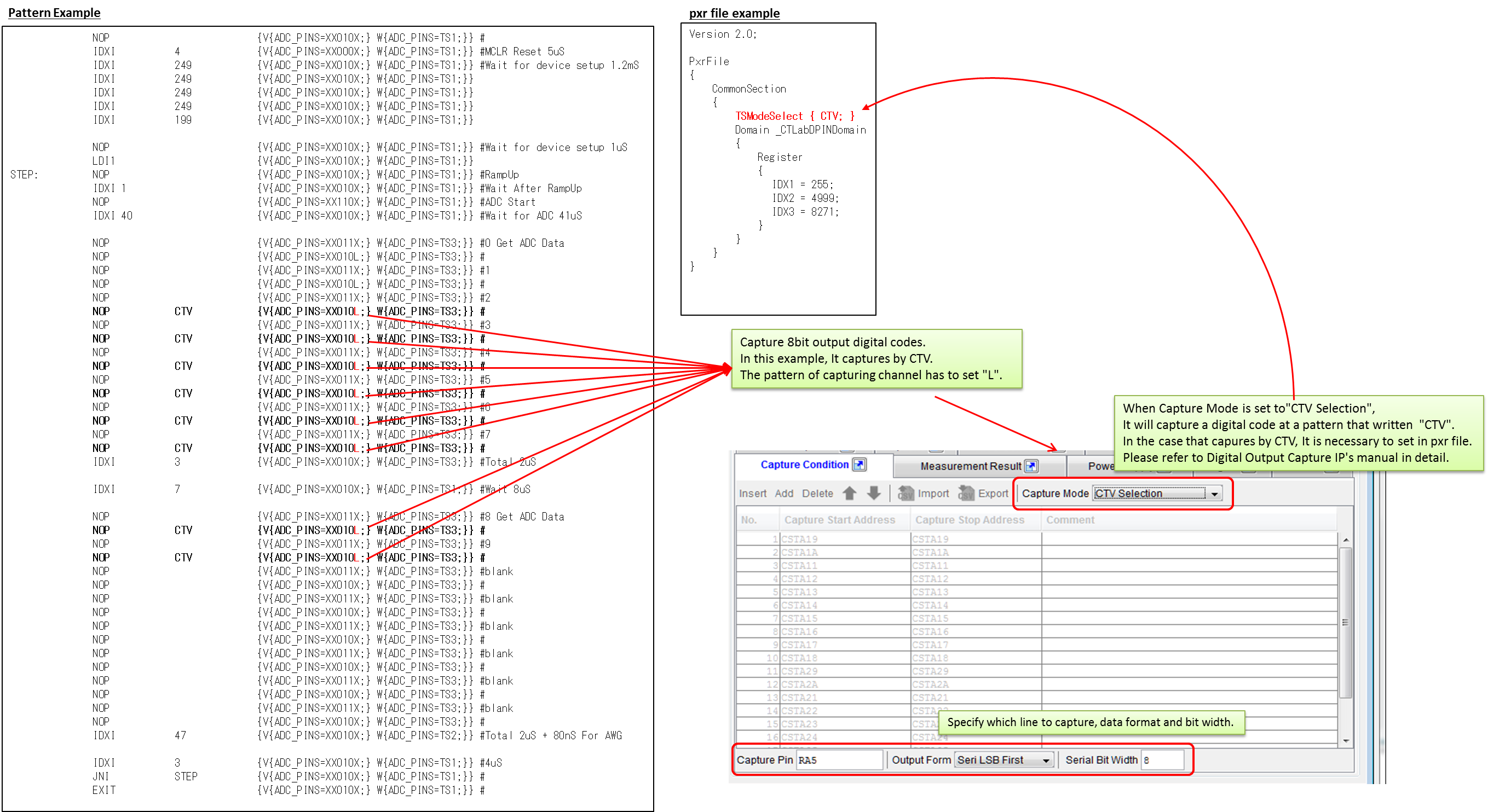 3. Judge each digital code and save to CSV

Judge each digital code in Measurement Result tab which is converted to serial-parallel after the capture.